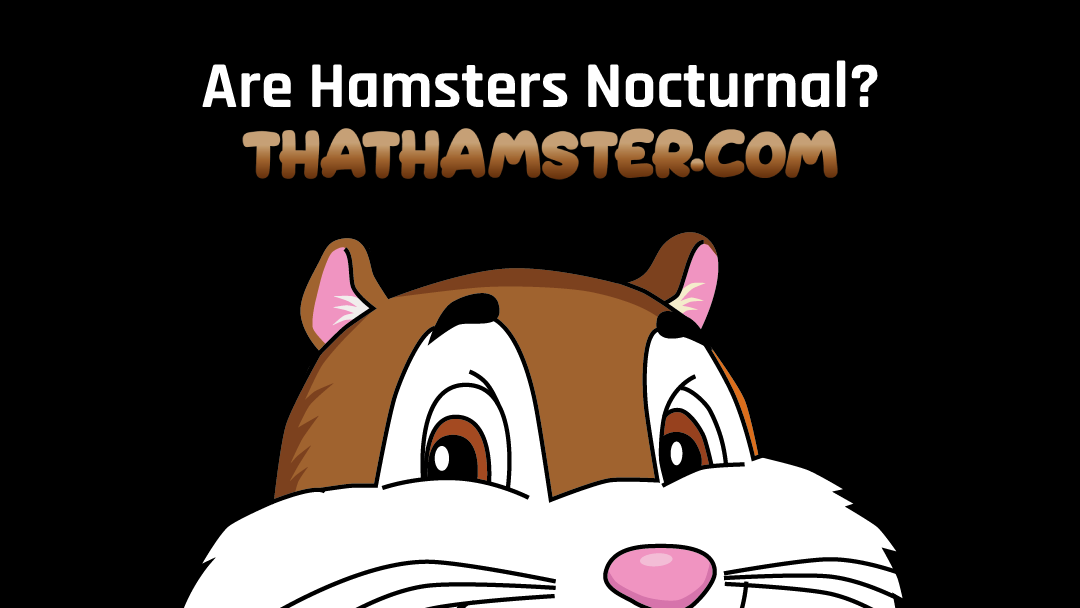 Whether you own a hamster right now, have owned one in the past or plan to buy one soon, you?ll have noticed or heard that they are not the liveliest creatures during the day. This leads to the obvious question, are hamsters nocturnal?

So, are hamsters nocturnal? It depends on who you ask, but officially, they are not. While they exhibit many signs of nocturnal behaviour and are clearly more active after dark, they are in fact, crepuscular.

What Does Crepuscular Mean?

For a hamster to be nocturnal, their official waking hours would all be overnight. However, that is not actually the case with hamsters of any kind. ?Nocturnal? literally means active during the hours of darkness.

Crepuscular animals, like hamsters, class their active hours as during twilight hours. Indeed, rather than being nocturnal and staying awake all night, they operate in stages. They wake around dusk and then sleep again until dawn, avoiding complete darkness and daylight in many cases.

Hamsters are in good company in being crepuscular, and some surprising animals share the same kind of sleep patterns. Most bears and deer fit into the same category, as do animals as diverse as fireflies and ocelots. Perhaps unsurprisingly, many animals with similar characteristics to hamsters also share the same sleep patterns ? guinea pigs, rats and most mice are also crepuscular.

Are Any Hamsters Nocturnal?

In the scientific sense of the word, no hamsters are nocturnal. They, as a species, are all crepuscular. Whether you have a dwarf hamster, teddy bear hamster or anything else, they are officially not nocturnal.

However, a natural predisposition to specific sleep patterns does not always come off in the real world. As with humans, there will be hamsters that do indeed sleep all day and play all night or indeed follow just about every schedule imaginable.

Why Are Hamsters Crepuscular?

Nature has a beautiful way of causing creatures to adapt and evolve based on their surroundings. As small, relatively harmless animals in the wild, the main priority for hamsters was to avoid significant predators. Under cover of dusk and dawn, they have an advantage over potential attackers that rely on visual senses, while still having enough light to forage and hunt in their own right.

Hamsters tend to come from warm countries, and this also affects their sleep patterns. The golden hamster, alternatively known as teddy bear hamsters and Syrian hamsters, among other titles, unsurprisingly originate from Syria. Long, hot and dry summers, along with mild and wet winters commonly associated with the Mediterranean climate, make staying out of the peaks of daytime weather an excellent idea.

Can I Change my Hamster?s Sleep Pattern?

While not strictly nocturnal, the nature of a crepuscular sleep pattern means that your hamster may not be up and about when you?d like. Understandably, the whole point of owning a hamster is to play and interact with it, and that does not work out well if its active hours are after you go to bed and before you get up.

Fortunately, you should still be able to enjoy some quality time with your pet in the mornings and evenings as you see fit. Alternatively, you can attempt to make some small adjustments to the standard sleep pattern.

Among the best ways to condition an earlier wakeup time is to decide on the ideal time to put a bowl of food in the cage. There is nothing quite like a bowl of fresh food to get your hamster?s attention, and if you can remain consistent with feeding time, they will progressively adjust to suit.

What you should never do is shock your hamster awake. Nobody likes to be awake when they would rather be asleep, and that applies to hamsters just as much as to you and I. They can become angry and upset, which leads to stress, and this can then further lead to common hamster illnesses.

You might also want to consider any changes you can make to light around the cage. Your hamster is conditioned to avoid bright light, hence the twilight waking times. If you can find a good spot in the home that is naturally darker than elsewhere, it will not take much of a reduction in light levels to encourage your little guy to assume that it?s time to get up.

Are Hamsters Nocturnal? – In Summary

So, while hamsters are not nocturnal creatures, they do exhibit some of the tell-tale signs of such animals. They are more comfortable in what we would consider the early and late hours than in the middle of the day, and we would always recommend that owners respect their natural desires wherever possible. You can attempt to slightly modify their behaviour to better suit if you have children with early bedtimes that do not want to miss out, or if you keep unusual hours yourself.

How Big Should a Hamster Cage Be?