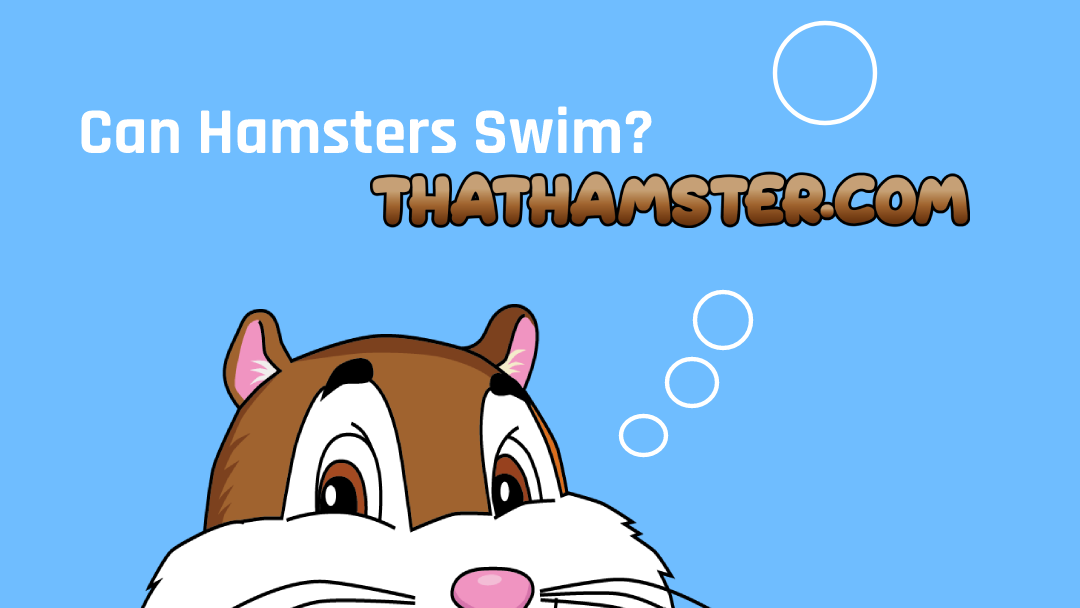 Ideally, we would hope never to find out the answer to the question ?can hamsters swim??. If they?re not in their cage, on your lap or in their ball, then you?ve probably deviated quite a way from our ten tips for new hamster owners!

Admittedly, we?re only joking, and the chances of finding your hamster in the sink, bath or down the toilet are very remote indeed. However, if you?ve found your way here through sheer curiosity, it?s our pleasure to answer that very question.

As we know, hamsters are mammals and, like most mammals from dogs to humans and many other creatures besides, they do have basic swimming abilities programmed into their genetics. However, before you go out and get the world?s tiniest pair of inflatable armbands, it is essential to consider that while hamsters can swim, they would always prefer not to.

Hamsters Enjoy Water as Much as Gremlins

As with any domesticated animal, their mentality is driven by what they became accustomed to in the wild. Hamsters tend to come from warm and dry countries, limiting their exposure to water while out and about. In the rare cases that they do encounter water in their path, they would much rather go out of their way to avoid it than to take it in their stride.

Can Hamsters Get Wet?

Hamsters can get wet ? they won?t just dissolve if dipped in water. Again, we would discourage anyone from doing that at all costs, as they do not like it and won?t react happily.

Forcing them into the water can cause them to get stressed and, if you have read a variety of our features here at ThatHamster, you?ll know that stress is the leading cause of wet tail and that is never good news. When their tails are literally wet, the illness of the same name can rear its ugly head, and that is something you should actively look to avoid.

Should I Bath My Hamster?

If you have experience with dogs and cats, you?ll know that one loves the bath, or at least accepts the concept, while the other would rather attempt to claw your eyes out than be immersed in water. While the results are not quite as painful with a hamster, they should be treated along the same lines as cats concerning baths.

Above anything else, hamsters simply do not need to be bathed. They are more than capable of maintaining their own personal hygiene, and you are much better off paying regular attention to their cage and bedding. You keep those clean, and your hamster will be more than happy to take care of the rest.

Indeed, bathing your hamster can potentially do more harm than good. Not only will they distrust you for it, but you?ll interfere with their natural bodily defences. In the same way that humans are advised against washing their hair every time they take a shower, even bathing your hamster infrequently can strip away some of the essential oils that they rely upon to maintain warmth and overall health.

Is It Cruel to Force a Hamster to Swim?

We?d dare say that it is cruel to force a hamster to do anything, but that is particularly true with anything involving water. As a general rule of thumb, avoid doing anything that could see them getting even slightly wet.

You may have seen videos of hamsters being made to swim, often to the joy and merriment of the people around them. However, there is a reason why their immediate instinct is to head to the closest edge of whatever body of water they find themselves in ? they would much rather be out than in. We suppose that this does at least answer the question ?can hamsters swim??, in that they can, but they shouldn?t ? and they definitely should never be forced into a position where they are made to do so.

Can Hamsters Swim? – In Summary

As we discovered, hamsters can indeed swim to some extent, but it can be best described as a survivalist reaction rather than a leisurely activity. Owners of domestic hamsters should do everything that they possibly can to avoid getting their hamster wet, and under no circumstances should you experiment with seeing if your hamster can swim.

They do not like to get wet, and it can have a severe impact on their mental wellbeing. Physical injuries are less likely, although stripping the oil out of there fur ? which is there for a reason ? is an unnecessary way to make their lives more difficult.

How Big Should a Hamster Cage Be?